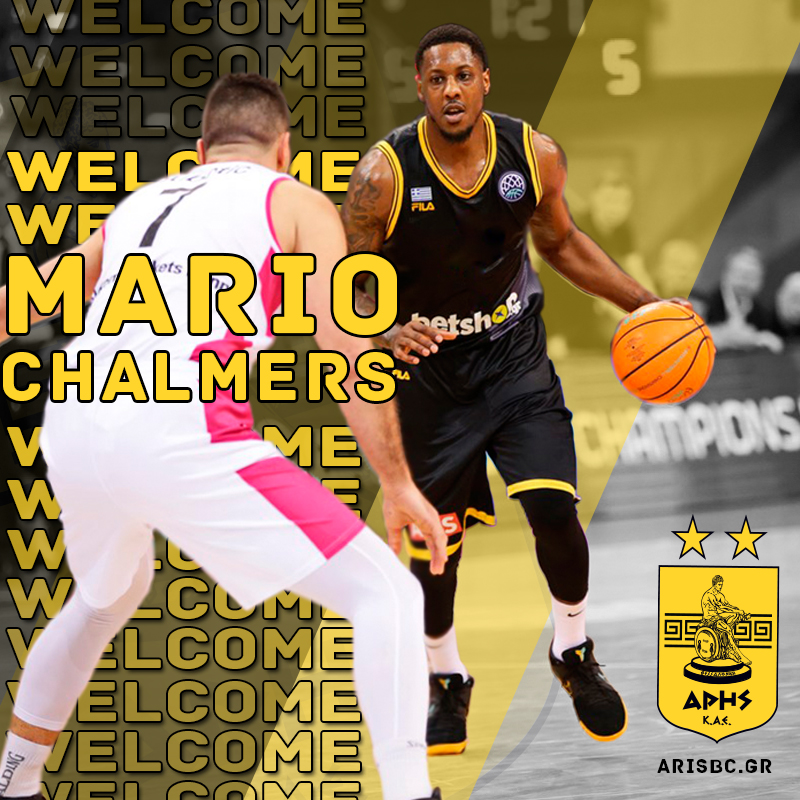 ARIS B.C. announces the one-year deal with two times NBA Champion, Mario Chalmers. He was born on May 19, 1986 in Anchorage, Alaska and is 1.88m. tall point guard. Chalmers played three seasons (2005-2008) of college basketball for the University of Kansas and he was part of the 2007-2008 national championship team.

He won two NBA Championships in 2012 and 2013 with Miami Heat. In NBA, he has played also for Memphis Grizzlies.

On March 2019, he joined Virtus Bologna from Italy and he won the Basketball Champions League with the Italian team. Last year he agreed with AEK with whom he won the Greek Cup.