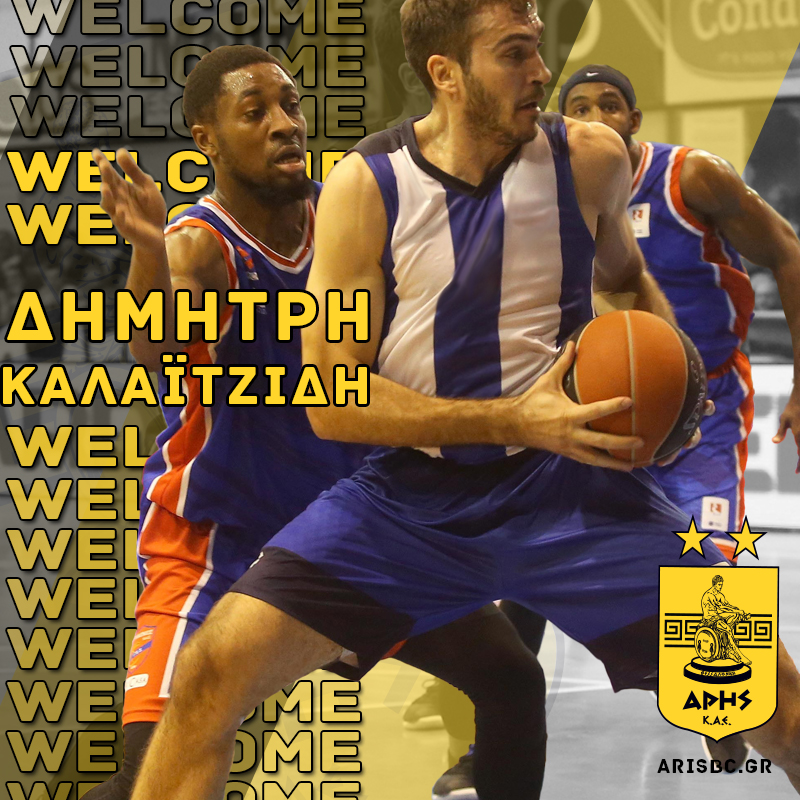 ARIS B.C. announces the agreement with Dimitris Kalaitzidis. The 35-year old player will be signing a one term contract with ARIS B.C. and will be playing for our team during the 2020-21 season. He was born on February 15, 1985, is 1.98m. and is a guard/forward.

Kalaitzidis began playing basketball from Doxa Retzikiou and then he moved to Iraklis. He has played also for Olympiakos, Olympiada Patras, Panellinios, PAOK, APOEL, KAOD, Kavala and he returned in 2016 to Iraklis, where he remained until last season.