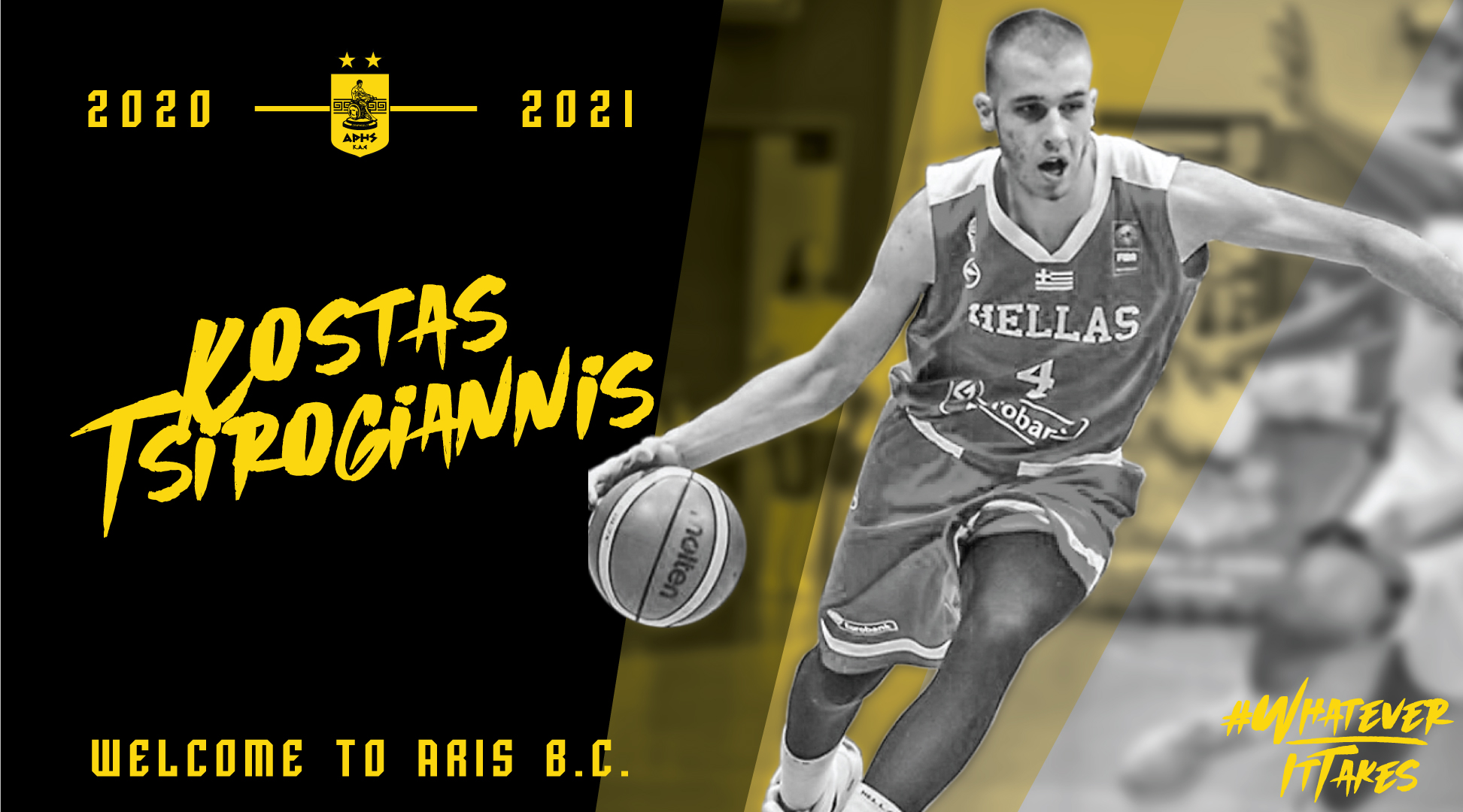 ARIS B.C. agrees with Kostas Tsirogiannis. The 20-year old point guard will be playing for our team during the 2020-21 season. Tsirogiannis was born on March 6, 2000 in Thessaloniki and measures 1.95m..

He began playing basketball from the Academies Pierikos and reached the first team. He has played also in Ermis Lagada, Anatolia and last year in Larisa, in Basket League.

He was a member of the youth National teams of Greece.